Valtech is global business transformation agency with 6000 consultants. We have the strength of local presence and global reach throughout many countries depending on what our clients ask from us.

Soon five years ago I was given the opportunity to help build the marketing service department that handles digital marketing within business transformation. I began build a SEO team and an analytics team. We soon crew into content, CRO and this year into SEM and Social.  We decided to split the teams into marketing and analysis.

Today we are (in Sweden) 32 consultants within, SEO, CRO, SEM, content, and analytics. And we work close with our 200 colleagues in Europe.

I am responsible for our business model, what we sell and what we deliver. I’m often involved in many of our projects as support or management.

We work as an agency within an agency. When Valtech brings in a client, we come as a team of specialists to support through all stages from discovery to run and optimize. What we do is always a part of a bigger context where we work close together with developers, designers, UX and UI.

After a bumpy road of not really finding my home, I went freelance, focusing on what I really know: SEO and digital marketing. This is when I got in contact with Valtech. I started freelancing for Valtech which quickly became my biggest and after a while only client. I was their first SEO and they asked me If I would be interested to help them build their newly started marketing services team. I said yes.

Söderberg and partners is a great company to work for. When I took the job, it sounded like the one I had to leave at Allra.

At Söderberg and Partners I was head of a team that was responsible for a few of their clients online services. I managed to get their client login environment into Appstore and Google play, I took their web through GDPR.

You might have heard about the Allra scandal. If not, there is a lot to read.  Well, I was there right when it happened. I had worked exactly two weeks on my new job as head of digital for the Allra group. A company on the way to become public, valued at 2 billion SEK, when a journalist on Svenska Dagbladet began investigating an expensive house and some pension funds with poor performance. A few critical articles about how the company started showing up.

This will blow over I thought.

That was the beginning of one of the bigger financial scandals in Swedish history.

I was recruited to help the company transform from telemarketing sales to online sales. That I barely got to start, it was only weeks after I started when the perfect media storm was a fact and I was responsible for online communications. I spent days and nights handling what we did online.

We set up a portal called allrainifran.se (until now it’s still there) where we answered the most critical articles on the web and for a while, we also managed to advertise programmatically on Svenska Dagbladet right above the articles, where we said “wanna hear our version of this story”. That only lasted a while until they managed to shut off our ad programme from the site.

A few months in, the scandal and the media storm, had become a monster, I believe there where around 2000 articles about us, and I started to question if the people I was working for was telling me the truth. And whose side I was on.

It was not un know to recruiters that people where leaving the company and I took a similar job at Söderberg and Partners.

Throughout 2015, I was the project manager of IKEA’s global SEO strategy where I managed a team of 8 people. This was a client to WGP but I was contracted fulltime by IKEA and worked at their main Office in Hubhult (Malmö).

Throughout the three years I worked WGP I was a consultant withing Analytics, SEO and Google Ads and for the last two years I worked as a project manager. I handled both teams in larger projects as well as I was a hands on consultant.

I still remember penguin 1.0. It was April 2012. And it was bad for a lot of e-commerce sites. It wasn’t as bad for a decent SEO agency who had not been selling bad links for years.

This was my first time out as a consultant and the majority of the enquires where: “Get us out of this penalty!”

It was not easy, the scenario was unheard of, at least at this scale. There were no proven methods. Google had provided a fuzzy walkthrough and it was a manual link cleaning job.

I spent, hours, weeks and months: monitoring, evaluating and disavow:ing links from some of the darker corners of the web. Fortunately, Google picked up this scheme after a while. But getting websites out of the penguin is both a pain and a hardcore SEO school.

Netbooster was a great digital marketing agency at the time. Unfortunately, the Stockholm office disappeared, a consequence of everyone quitting due to poor management and Netbooster was acquired by Artifact.

For three years I worked as an SEO and Google Ads manager for utbildning.se. During these years we increased the organic traffic and results with 200%.

For the last year I was responsable for developing innovating ideas within the international markets and received the EMG innovation award for a large scale implementation of structured data that would display reviews right in the SERP .

Throughout the years I continuously held workshops and lectures within the group for both the sales force and the information manages and officers in online strategy to drive the whole group forward.

Part of my internship was at Greenhill relations which is a PR agency where I worked as a PR agent.

Part of my internship was at Lidingö stad web and information department where I worked with their external communication. 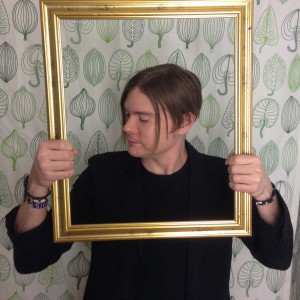